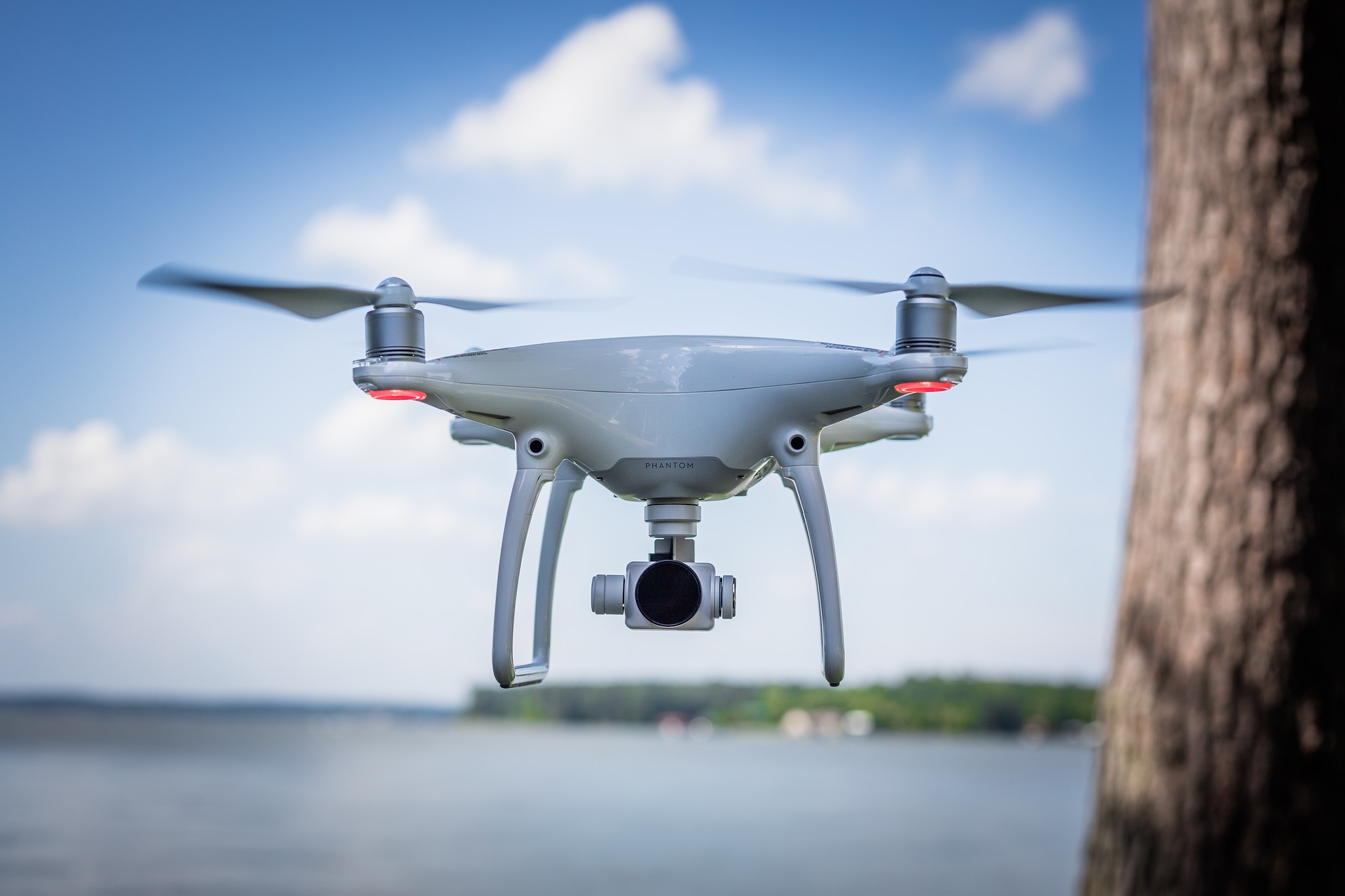 In September 2016, CASA (the Civil Aviation Safety Authority) introduced changes to the legislation that regulates drones (CASR Part 101). There were two notable changes – the first was changing the name given to “drones”. Drones are now officially called Remotely Piloted Aircraft Systems (RPAS), a term that includes the actual remotely pilot aircraft (RPA), the control station, communication links, and any take-off and landing equipment. The second, and more significant change, was the introduction of the sub 2kg rules.

The term sub 2kg rules is really just industry slang. What CASA introduced was the concept of “Excluded RPA”. This category of operation allows you to fly your drone, or more correctly your RPA, without the need for certification (such as a remote pilot licence, or an RPA Operators Certificate for the business). For example, if you operate a very small RPA for commercial purposes, that weighs less than 2 kilograms (this is where the sub 2kg rules name comes from), you can fit within the Excluded RPA category. 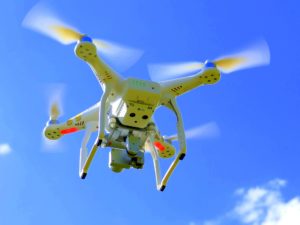 The new legislation also allows individuals, such as farmers, much more flexibility when it comes to operating drones over their own property. If you intend to operate drones weighing less than 25kg over your own land, and adhere to the “landholder rules” (such as not charging other people for the service), you may also operate as Excluded RPA. However, if you want to fly a remote aircraft weighing 25kg or more, you must obtain an RePL (remote pilot licence), but no ReOC (RPA Operators Certificate) is required.

When the rule changes were announced, there was uproar from not only within the RPAS industry, but from aviation associations such as air traffic controller groups and the Australian Federation of Air Pilots (AFAP – a union for commercial pilots). These groups even involved Senator Nick Xenophon, who pushed for the rules to be struck out. Many existing RPA operators may have been against the rule changes because it was going to reduce the barriers to entry within our industry, and therefore increase competition. They pushed a safety case, claiming, among other things, that rogue sub-2kg operators would be flying in the path of jet aircraft because they didn’t know the rules. The motion to disallow the rule changes was withdrawn in late 2016, and CASA’s new rules are here to stay for the foreseeable future.

Excluded RPA operators are, in my experience, people who genuinely want to fly safely and within the regulations. There has not been an increase in unsafe behaviour among sub 2kg operators since the rule change. Those that are willfully breaking the rules and flying in the path of airline aircraft (and it has happened to me personally – at 5000 feet!), are the sort of people that would violate regulations anyway, and are most likely not sub 2kg operators. These are the sort of people who are more interested in Instagram ‘likes’ rather than trying to make a career from unmanned aircraft. Changing Excluded RPA regulations is unlikely to actually change the behaviours of the small minority of reckless RPA pilots. Australia’s rules are adequate and actually quite restrictive. Maybe what’s needed is the ability for these people to be caught, or perhaps a ban of Facebook, Instagram and YouTube so there is no transmission medium for stupid behaviour (I jest of course).

I view the Excluded RPA rules as potentially a positive thing for individuals as it allows you to fly without the expense of applying to CASA for an ReOC. It has also allowed our former students to start flying for commercial gain while they wait for their ReOC to be processed. I have even personally operated as Excluded RPA and made money while waiting for our ReOC to be finalised by CASA. However, I didn’t do it for long as there are a few issues that concern me (which I’ll discuss later).

Despite the advantage of operating as Excluded RPA, as the saying goes “there’s no such thing as a free lunch”, and this definitely applies to sub 2kg flying. Excluded RPA operators are still required to comply with the normal CASA legislation, which includes you: 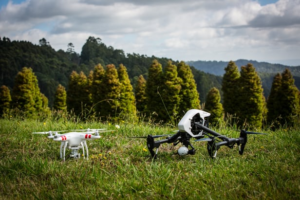 No matter the size or type of operation, all RPA pilots must follow the rules applicable to all unmanned aircraft, such as not creating a hazard.

In additional to these general unmanned aircraft regulations, there are additional restrictions that apply specifically to those operating as Excluded RPA for commercial gain. Unfortunately, and to throw in another saying, you cannot have your cake and eat it too: you cannot have reduced certification requirements together with relaxed regulations. Therefore, sub 2kg rules operators are required to also comply with the “Standard Operating Conditions” (SOCs). CASA has introduced the SOCs as a way to minimise risk from operators that haven’t gone through a formal certification process. The SOCs are:

For many people, the Excluded RPA category, and the SOCs in particular, can be quite restrictive for a number of reasons. The first is the size of the RPA you intend to fly – you must fly a drone that weighs less than 2 kilograms. This rules out many professional RPA such as the DJI Inspire or S1000, and will limit you to more “prosumer” equipment like the DJI Phantom or Yuneec Typhoon. The SOCs are also quite limited as night flying is not permitted, you cannot operate close to people, within 3nm of a controlled aerodrome etc. Due to weight and operating restrictions, it is unlikely Excluded RPA operators will be able to do much more than aerial photos and videos. Unfortunately, all the “low hanging fruit”, such as real estate photography, seems to have been picked, meaning very limited opportunities for sub 2kg operators. 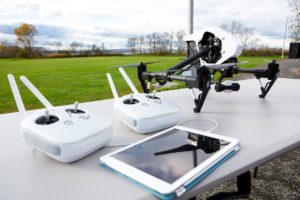 RPA weighing 2kg or more, such as the DJI Inspire, must not be flown under the sub-2kg rules and may require an ReOC.

Working under an ReOC will give you far more freedom as a professional, with many people already realising the benefits far outweigh the relatively small cost of an RePL and ReOC. For example, ReOC holders can fly closer to people (30 metres down to 15 metres) and apply to CASA to fly at night, beyond visual line of sight, within restricted areas and closer to aerodromes. You’ll be able to operate larger drones, offering you the freedom to attach more sophisticated equipment and carry heavier payloads. The other benefit of holding an ReOC is the ability to get public liability insurance. Any sort of accident involving an RPA for commercial purposes will make you liable under the Damage by Aircraft Act.

The object of the Damage by Aircraft Act is to facilitate the recovery of damages for certain injury, loss or damage caused by an aircraft, which includes RPA flown for commercial purposes. In summary, this Act explains that the owner and operator of an aircraft are jointly and severally liable for bodily injury or property damage caused by an aircraft accident without proof of intention, negligence or other cause of action. This is otherwise known as strict liability. Therefore, damages can be recoverable in court against an RPA operator, such as a sub 2kg rules pilot, even if it was unintended and all regulations/procedures were followed by the pilots. This is why insurance is a vital consideration for all operators of RPA not being flown as model aircraft.

It is very difficult for Excluded RPA operators to get public liability insurance, leaving them extremely vulnerable to financial ruin should an accident occur. At the time of this blog, the only insurance I could find for Excluded RPA operators was $5 million dollars public liability insurance. This might sound like a lot, however, if you injury a person, or multiple people (such as causing a car crash), it won’t take very long for this $5 million to dry up, which is why the industry standard is $20 million. Many clients also tend to stay away from RPA operators who don’t have (adequate) insurance.

At the end of the day, the risk of not having adequate insurance, together with the limitations in the form of Standard Operating Conditions, is why I walked away from Excluded RPA/sub 2kg rules flying.

If you would like to start operating in the Excluded RPA category as a sub 2kg rules operator, you need to advise CASA. A specific page has been set up which takes you through the notification process. The process involves:

If you would like to learn more about operating as Excluded RPA, CASA have provided an advisory circular (AC 101-10), which is available for download.

For more information about the rules that apply to recreational flying, this blog may interest you.

"Can I Fly There?" app and drone rules explained

What are Australia's drone laws?